Asen’s Fortress is a medieval fortress in the Rhodope Mountains, it is located 2-3 km south of Asenovgrad. It is named after the Bulgarian tsar Ivan Asen II. The fortification stands proudly on a high rocky ridge on the left bank of Asenitsa River. According to some researchers, its old name is Petrich. 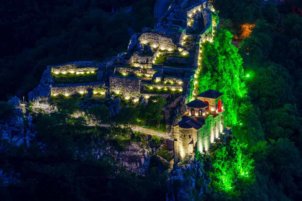 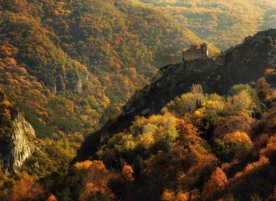 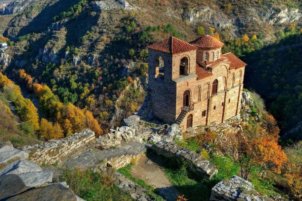 The most preserved and notable building of Asen’s Fortress is the Church of the Holy Mother of God. It was constructed sometime around 12th-13th century. The church is in its same appearance as it was centuries ago, however, there was some partial restoration works in 1991.  Nowadays, the church is an active Bulgarian Orthodox church. Its rectangular tower is regarded as the earliest preserved of its kind in the Balkans. Most of the frescoes can still be seen on the walls inside the church. More restoration works and improvements were made in 2013. Another interesting fact is that the town Asenovgrad(formerly Stanimaka) took its name from the fortress.

The Fortress is located 2-3 km just outside of the town. Follow the road to Smolyan and at the very end of Asenovgrad, you will see a road to the right, which will lead you to the Fortress. The nature and the views in the area are more than lovely – we advise you, if possible, to walk up the hill.