“Krastova gora – Holy Trinity” is one of the most popular landmarks in the Rhodope Mountains and in whole Bulgaria. There are legends and stories about this place, which arouse curiosity and interest in many Bulgarians and foreigners. This holy place attracts a large number of tourists every year. If you also want to visit it, but you don’t know the way, then don’t worry, we will show you the way and tell you a little more for this region.

After the high arch and barrier, you will easily find a place to park. The parking lot is wide enough to offer a large number of parking places. Even at the very entrance, you will feel an indescribable tranquility and you will feel the weight off your mind. Every visitor shares that after entering inside he was seized with humbleness and he has forgotten about his woes. People think that this is being due to the little piece of True Cross that is located somewhere in “Krastova gora”. At the two sides of the lovely alley, you will see a few chapels named after the apostles. The complex can accommodate 120 people, so you can have some rest there and you can continue to explore the area on the next day. 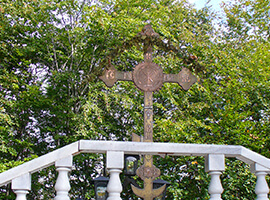 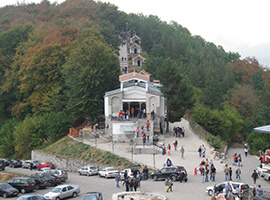 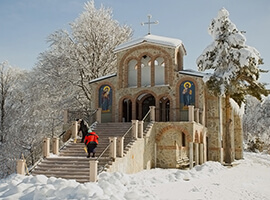 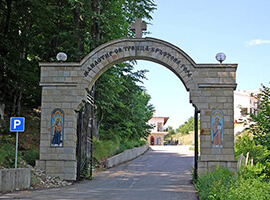 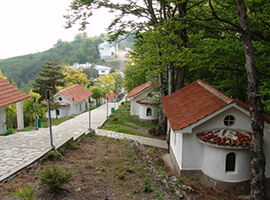 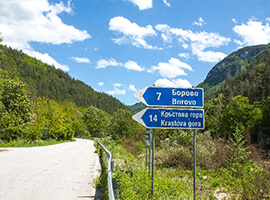 We have already mentioned about a story, according to which a piece of the True Cross is buried exactly here. Every year people all around the world come here to seek healing, tranquility or to simply enjoy the lovely area. The first known evidence of this area dates back to the remote past when Bulgaria was occupied by the Ottoman Empire. The Russian tsar learned that a piece of the True Cross was being kept in Istanbul. He decided to send envoys with rich gifts and ordered them to convince the sultan to give them the holy relic. The sultan had to return the favor, however, the envoys declined all the jewels, gold and silver and only asked for the little piece of the True Cross. The sultan gave it to them, but he had no idea how precious this relic was. When the sultan’s mother learned of her son’s decision, she explained everything to her son and told him that exactly this relic has kept in his power and told him to return the relic immediately. He sent a pursuit-party, however, the Russian envoys were already far away and took a different path in case of being chased. They visited the monastery on Krastov peak and gave the precious relic to the monks who lived there. They had hidden the relic deep in their monastery hiding-place. The ottomans raided the monastery and razed it to the ground, however, they couldn’t find the precious wood piece.

There are a lot of legends associated with the holy place, but the most popular one is that of Jordan Drqnkov. This man had helped the Bulgarian tsar Boris III to heal his sister. He showed them the holy place and told the princess to drink some water from the holy spring. As a sign of gratitude, the tsar donated a 66 kg specially made cross. On 1 May 1936, Drqnkov brought the miraculous cross to Krastova gora, where it was concreted and sanctified on the east side of the peak. A white dove alighted on the copper pot full with holy water and after that, it flighted off to the western side. Jordan pointed at the dove and told the locals to go that way because the bird will show them the place where the old monastery’s holy spring was. The bird alighted on a rock, where after careful clearing of the piled stones below it the holy spring flushed forth. There a second cross and a little chapel were raised.

“Krastova gora – Holy Trinity” is located in the middle part of Rhodope Mountains, 210 km from the capital Sofia and 63 km from the city Plovdiv. The easiest way to get there is to get on Thrace motorway, drive to Plovdiv and then to Asenovgrad. Then take the road to Smolyan and after 40 km you will see this sign:

The road will get a little more difficult after the sign. At some places the turns are sharp and the sections are narrow, so we advise you to be very cautious and to not drive fast. The landscape is extremely beautiful and the trip to “Krastova gora” won’t be boring and monotonous.